A Punctuated Equilibrium: Artificial Intelligence in the Modern Company

It’s increasingly clear that we’re entering a highly disruptive extinction event. Many new and unanticipated enterprises will emerge. New business models will be created. Enterprises will be transformed, and those that fail to transform will cease to exist. The existential threat is exceeded only by the opportunity. – Tom Siebel, Founder, C3 IoT

The term ‘Punctuated Equilibrium’ is an idea popularized by paleontologists Stephen Jay Gould and Niles Eldredge stating that evolutionary development is marked by isolated episodes of rapid speciation between long periods of little or no change. Gould and Eldredge’s Theory proposed that the degree of gradualism commonly attributed to Charles Darwin is virtually nonexistent in the fossil record, and that stasis dominates the history of most fossil species.  That is, until history meets its Punctuated Equilibrium – a time of rapid change.  This same theory can be applied to periods in history where science and technology meet at the intersection of social and economic systems to spawn a rapid, innovative change in the way business is conducted. The analogues of Punctuated Equilibrium across history in which business or mankind was drastically changed include the discovery of fire, the domestication of horses, the Agricultural Revolution, the Gutenberg Printing Press, urban electrification, the automobile, the Computer and the Internet.  Each of these groundbreaking innovations marked a period of massive disruption to the prevailing, static system.  The world is currently undergoing its own Punctuated Equilibrium with the rise of Artificial Intelligence, ushering in the 4th Industrial Revolution.

The corporate business world represents a prime example of a previously-stable ecosystem undergoing massive disruption due to innovative technology.  Since 2000, over 50% of Fortune 500 companies have been acquired, merged or declared bankruptcy.  Who has replaced those extinct Fortune 500 Companies? More innovative companies that have incorporated Artificial Intelligence have come to the forefront, including Amazon, Facebook, Uber, Lyft, Stripe, DropBox, AirBnb and others that have harnessed innovative technologies.

Artificial intelligence is based around the idea that human intelligence can be defined in such exact terms that a machine or computer can mimic it.  The ideal characteristic of artificial intelligence is its ability to rationalize and take actions that have the best chance of achieving a specific goal, although the term can be applied to any machine that exhibits traits associated with a human mind, such as learning and solving problems.  The applications of artificial intelligence span from Deep Learning, Natural Language Processing, Computer Vision and Machine Learning, all with the unifying goal of optimizing a process. The International Federation of Robotics predicts that by the end of 2018 there will be more than 1.3 million industrial robots at work in factors all over the world.  In theory, as more and more jobs are taken over by robots, workers will be trained for more advanced positions in design, maintenance, and programming.  Contrary to popular belief, robots won’t only made redundant, but they’ll actually create more jobs than they’ll replace.  Advances in AI will be central to this development, enabling robots to handle more cognitive tasks and make autonomous decisions based on real-time environmental data, further optimizing processes. 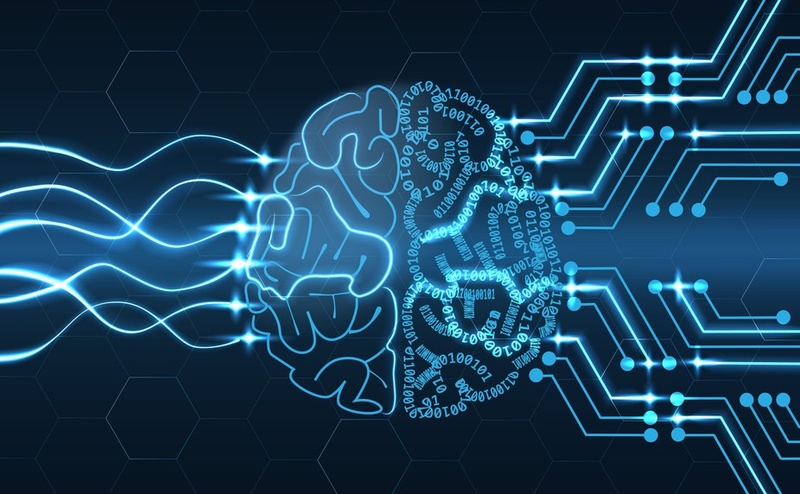 The benefits of Artificial Intelligence in business are vast and breathtaking, spanning across all value chains and industry verticals:  telecommunications, energy, retail, government, healthcare, manufacturing, finance, education and defense, just to name a few.  To put this into context, here are some of the advances happening at individual sectors, how AI is being applied to unique sectors, and some companies that are leading their respective fields:

Precision medicine allows doctors to select treatments that are most likely to help patients based on a genetic understanding of their disease. In other words, it’s a tailored approach to medicine in which a diagnosis and prognosis can be efficiently administered.  Medical devices and patients are sensored with data constantly communicating vital signs such as blood pressure, hormone levels, temperature and blood composition on a 24-hour, round-the-clock basis rather than taking simple snap shots.  Doctors will have much more information on which to base their decisions and a much broader database from which to pull their analysis.  Healthcare records and even genome sequences will be digitized and diseases can be accurately predicted and prevented.

Flatiron Health is a healthcare company focused on accelerating cancer research and improving patient care, utilizing Big Data with the goal of curing cancer.  One of their products, OncoCloud, is the most comprehensive suite of software and services in community oncology, helping community clinics provide better care for patients while remaining efficient, independent and financially successful. Recently acquired by Roche Pharmaceuticals, Flatiron has access to billions of data points on millions of cancer patients, Flatiron is changing the way life science companies are using real-world data to accelerate research and generate evidence. With a non-traditional company composition, Flatiron employs community oncologists, academics, hospitals, life science researchers and regulators on a shared technology platform.

Verisim Life is a startup with a mission to increase human life expectancy through intelligence-driven biosystem simulations to truly personalize patient treatment. While Phase I animal testing takes considerable time (over 5 years) to pass through the FDA on top of costing millions, a very small percentage actually pass human trials, costing pharmaceutical companies a lot of time and money.  Using machine learning capabilities and data from academic and research institutions, Verisim is building biosimulation models to jumpstart and bypass this process, making it easier for pharmaceuticals to bring life-saving drugs and treatments to market. 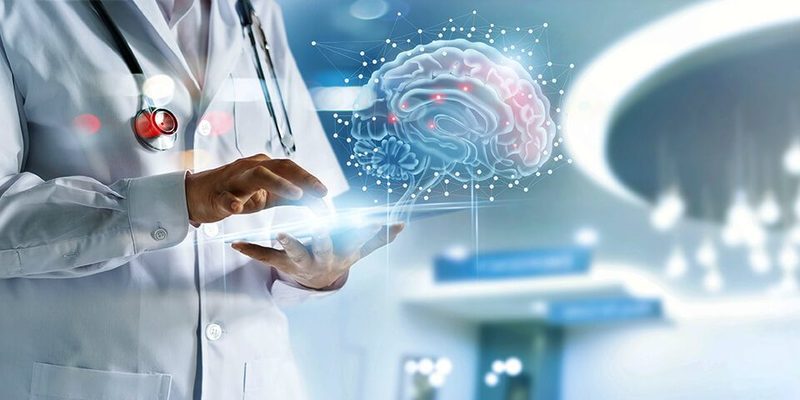 Artificial Intelligence in retail is being applied across the entire product and service cycle – from assembly to product selection to post-sale customer service interactions.  While Business Insider Intelligence projects that AI will boost profitability in retail by nearly 60% by 2035, the areas that will have its biggest impact are personalization, search and chatbots.  Whether the goal of the retailer is to optimize a supply chain, use existing data to increase conversion or customize shopping experiences with predictive modeling and micro-targeting/pricing, AI helps firms meet their challenges in a rapidly evolving competitive environment.

Amazon has reorganized its company around Artificial Intelligence, using an AI Management Strategy called the Flywheel, which means that innovation around machine learning in one area of the company fuels the efforts of other teams.  Those teams use the technology to drive their products, which impacts innovation throughout the entire organization.  The Flywheel approach keeps AI innovation humming along and encourages energy and knowledge to spread to other areas of the company.   Amazon was one of the first online retail companies to use AI technology to drive its product recommendations, similar to the method that Netflix recommends movies for its consumers. The Amazon Echo, which features AI bot Alexa, has been one of the company’s headline products as one of the first voice-powered virtual assistants that could fit conveniently on a countertop. The company even sells its machine-learning approach through Amazon Web Services to clients such as NASA and the NFL, offering personalized AI solutions to large and small businesses, helping its AI-approach proliferate into other business areas.

The German energy company E.ON has become the first power company to utilize Artificial Intelligence for asset predictive maintenance on its grid.  E.ON’s solution uses a variety of internal and external data to detect patterns and inconsistencies, including the age and type of the power lines, maintenance and weather data as well as real-time information such as the current load behavior.  This has amounted to the ability to predict a defect on the power grid by an increased factor of 2 or 3 times. AI allows EON to combine comprehensive data analysis with a self-learning algorithm, enabling the prediction of faults and failures before they occur. 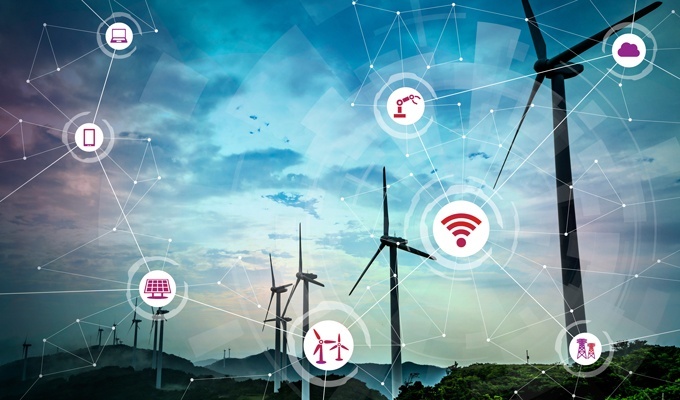 Manufacturing companies are employing Internet-of-Things-enabled inventory optimization to lower inventory carrying costs.  They are also using Predictive Maintenance to lower the cost of productions and increase product reliability.  The sheer scope of applications in the manufacturing space has enormous potential from real-time maintenance of equipment to virtual design that allows for new, improved and customized products, to a smart supply chain and the creation of new business models.  In a recent Forbes Insights survey on artificial intelligence, 44% of respondents from the automotive and manufacturing sectors classified AI as “highly important” to the manufacturing function in the next 5 years, while almost half said it was “absolutely critical to success”. Computer vision helps equips machines with cameras that are many times more sensitive than the naked eye.

Landing.ai is an AI-consulting startup founded by Andrew Ng, who is a leading academic and practitioner in the world of Machine Learning, stating that “the importance of artificial intelligence is the equivalent to electricity in this generation”. Working primarily with manufacturers including its first customer, Foxconn in China, Landing.ai has developed machine-vision tools to find microscopic defects in products such as circuit boards at resolutions well beyond human vision, using a machine-learning algorithm trained on remarkably small volumes of sample images.   The computer not only “sees” but also processes the information and learns by sending an immediate alert if it spots a defect.  This microscopic data points lead to billions of dollars of savings for large manufacturers that need to ensure their production quality is of the utmost caliber. 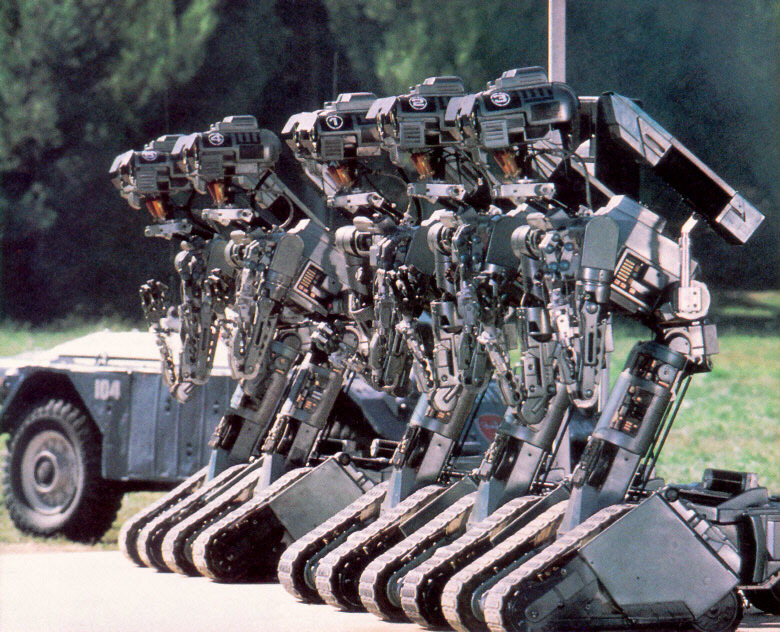 Where does Artificial Intelligence fit in the Modern Company?

For companies worldwide, missing the AI wave in manufacturing could mean getting left behind.  Forbes Insights research revealed that more than half of respondents (56%) in the automotive and manufacturing sectors plan to increase artificial intelligence spending by less than 10%.  “If you’re stuck to the old way and don’t have the capacity to digitalize manufacturing processes, your costs are probably going to rise, your products are going to be late to market, and your ability to provide distinctive value-add to customers will decline,” says Stephen Ezell, an expert in global innovation policy at the Information Technology and Innovation Foundation.  The resounding evidence from Fortune 500 CEOs is clear: Technology is not a luxury anymore, it is needed to remain competitive.

Perhaps the most unique aspect of this technological trend is that digital transformation – the incorporation of Artificial Intelligence in daily business practices – is being led from the top and decisions on technology are being made by the CEOs.  John Chambers of Cisco Systems predicts that 40% of today’s businesses will fail in the next 10 years; 70% will attempt to transform themselves digitally, but only 30% will succeed.  In Germany, leading industry CEOs have formed a working group called Industrie 4.0% to advise the federal government on industrial policy needed for the Fourth Industrial Revolution, led by Artificial Intelligence and Internet of Things. The digital disruption is requiring CEOs to change and adapt, not because it’s a novel activity to incorporate into a business model, but because it’s existential necessary.  While many business leaders acknowledge this fact and are proactive with their decisions, those that don’t adapt will die and fall by the wayside. Just as the dinosaurs met a Punctuated Equilibrium with their extinction and demise, corporate behemoths should make a note of history to avoid the same fate. While many old and staid enterprises will inevitably succumb to technological advances, innovative processes will spawn other business models in their place as the Punctuated Equilibrium is not only a threat, but a tremendous opportunity for business leaders with foresight and enterprising action.